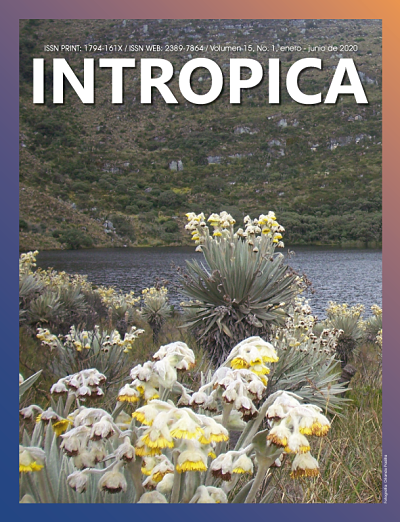 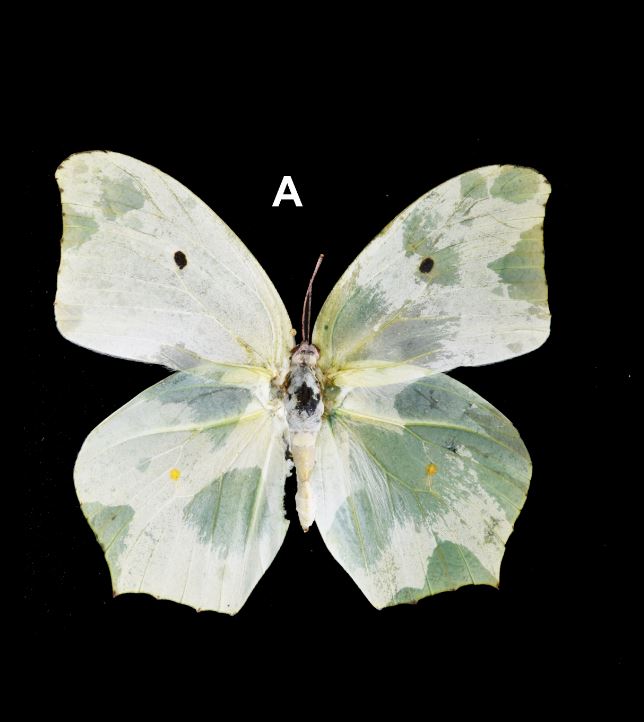 In this document we extend the geographical distribution for three common species of diurnal butterflies from the Colombian Caribbean region (Aides dysoni, Calpodes ethlius, and Anteos clorinde). The specimens were captured with an insect net in samplings conducted in the Arjona jurisdiction (Bolivar, Deparment) in 2015, between 8:00 and 16:00 hours. For each of them we provide important morphological characters for their recognition, and complement their distribution in the Neotropic.

Butterflies are one of the most studied groups of insects worldwide (e.g. Montero-A. et al., 2009; Felizola et al., 2010). Colombia is among the countries with the highest species richness, counting with a little more than 3274 species, of which 350 are endemic (Campos-Salazar et al., 2011).  Despite its high wealth, there are areas of the national territory such as the Atlantic Coast where information about the group is insufficient.

This study confirms the presence of three common species of diurnal butterflies for the Colombian Caribbean located in the Bolivar Deparment: Aides dysoni Godman, 1900, Calpodes ethlius (Stoll, 1782) (Hesperiidae), and Anteos clorinde (Godart, [1824]) (Pieridae). Also, important morphological characters for their recognition are provided, and their distribution in the Neotropic is complemented.

The specimens were captured with an insect net in samplings conducted in the Arjona jurisdiction (Bolivar, Deparment) in 2015, between 8:00 and 16:00 hours, with a sampling effort of 7h/day.

The species were identified from their comparison with photographs of type specimens from the illustrated list of American butterflies (Warren et al., 2017), and the works of Lewis et al. (1975), and Le Crom et al. (2004). Taxonomic identities were verified by examination of specimens stored in the reference collection of the Natural Sciences Institute (ICN) of the National University of Colombia.

Aides dysoni, Calpodes ethlius (Hesperiidae) and Anteos chlorinde (Pieridae) are registered for the Colombian Caribbean (figure 1). The lack of knowledge about these species in the region is probably due to the few explorations in their ecosystems and the shortage of specimens deposited in biological collections, which has made it difficult to update the lists of species, mainly in the departments of Bolívar and Sucre. The morphological characteristics for identification, and geographical distribution aspects of each species are presented below.

Distribution: Southwestern United States of America, Jamaica, Cuba, Hispaniola (Warren et al., 2017), from Mexico to Paraguay (Valencia et al., 2005) and Argentina. In Colombia it has been registered in the Pacific region in the Valle del Cauca Department (Millán-J. et al., 2009), and for the Andean region in the departments of Tolima (Ospina-López et al., 2010), Santander (Torres, 2010) and Caldas (Ríos-Málaver, 2007). It is recorded for the Arjona locality, Bolívar Department.

Recognition characters: dorsal thorax and abdomen “Sepia”. Head “Sepia” with stout and curved antennae and palpi “Bone Brown”. Dorsal anterior wing “Sepia” with four semi-hyaline marks “White”: one semi-circular medial in the superior part of the distal cell; post medial semi-square mark near origin of cells M3 and Cu1; another one in the center of cell Cu1; and one ovate mark in the post medial area, near the torno, located in cell Cu2. Dorsal posterior wing “Sepia”, “Mustard Yellow” in the center of basal and post-basal area. Ventral anterior wing similar to dorsal anterior wing. Ventral posterior wing: “Isabella Color”, with two circular marks “White”, one in the sub medial area and other that covers the medial and post medial area; irregular mark “White” that covers the sub medial and medial areas; and two little ovate marks near the margin.

Distribution: from Mexico to Colombia (Warren et al., 2017). This study confirms the presence of this species in the Colombian Caribbean.

Distribution: Southeast of the United States of America, West Indies, from Mexico to Argentina, and Galapagos Island (Warren et al., 2017). González y Andrade-C. (2008) record this species for the Colombian Andean region, without data on its collection location. We confirm the presence of this species in the Colombian Caribbean.

Tropical butterflies are one of the most spectacular and visually appealing organisms in the world. In the tropics evolved most of the butterfly diversity, and they play many vital roles in tropical ecosystems, with complex species interactions (e.g. mimicry, parasitism, predation), so they can have significantly influences on ecological and evolutionary processes in the tropics (Bonebrake et al., 2010). Also, many species have potential in environmental monitoring as indicators of habitat quality (Montero et al., 2009). This invaluable biological resource is threatened in the Colombia Caribbean region by the progressive intervention and destruction of natural habitats, transformation in agricultural and livestock areas, fragmentation, and climate change (Orozco et al., 2009).

The three species recorded here are common and with a broad geographical distribution in agro-ecosystems and conserved areas in Colombia. Strangely, that they had not been reported previously in the Caribbean region. This confirm that Bolívar Department remain as one of the geographical areas of the Colombian Caribbean Region in which is necessary concentrate efforts to estimate populations sizes and species richness. Fundamental information to determine the health of the ecosystems, and to formulate plans for their conservation, management and sustainable use, in this case for butterflies and other tropical insects, and the services that they can provide (e.g. pollination).

We thank to Juliana Mosquera, Efraín Henao, Michel Bejarano and Katherine Domínguez of the ICN for their support in identifying the material. To Adriana Bermúdez, Andrés Bermúdez, Margarita Tobón, Fernando Jiménez, Yeison Herrera and Carlos Lopez, for their support in the samplings. This study has been supported by University of Cartagena (Minute 024-2019).